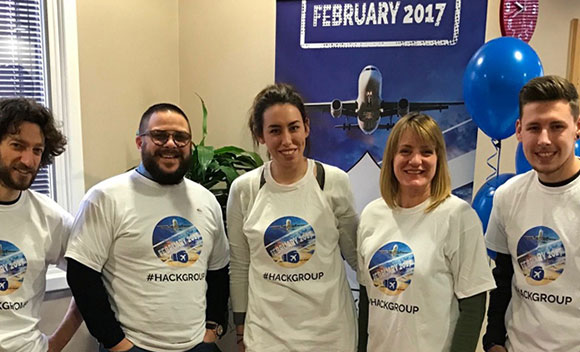 The winner of the first hackathons run in-house by data and technology driven insurance specialist, Hood Group, has been announced.

The hackathons were held on 8-9 February and 15-16 February with two teams each tasked to come up with a solution to a particular challenge. Team Travel focused on developing a new travel insurance proposition that can be sold via messenger bots such as Facebook Messenger while Team Residential turned their attention towards building a ‘no questions asked’ home insurance solution.

Simon Hood comments: “I was really impressed at the amount of work both teams managed to do in a short space of time and the quality of the ideas they came up with however there could only be one winner. The prototype presented by Team Travel and the speed with which they could actually produce it and launch it to the market put them one step ahead of Team Residential.”

The February hackathons were just the starting point and more sessions will be scheduled through the remainder of the year.

Hood concludes: “These hackathons represent a great opportunity for everyone in our group to voice their ideas. Input from all areas across our business will be invaluable to produce exciting new products and help us move further down the line to transforming insurance.”